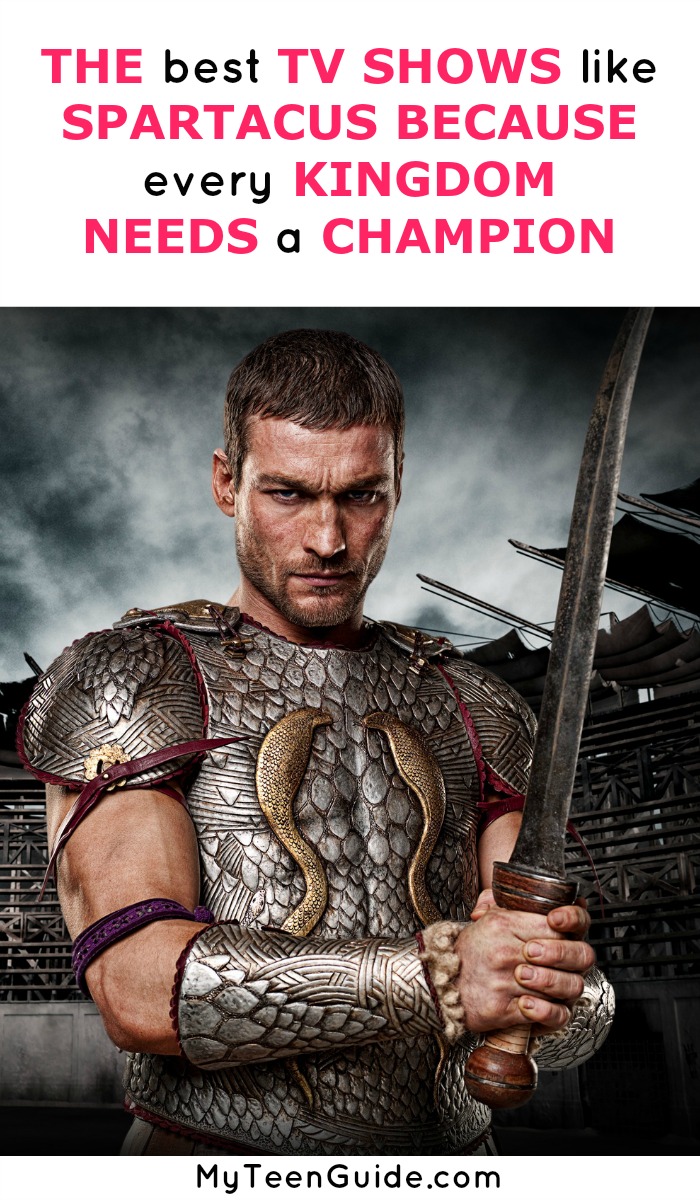 Warriors and Gladiators can finally unite as we look at some fo the best tv shows like Spartacus. I have to admit; I love watching shows that have epic battles, warriors saving the day and usually amazing love stories in there too! Some of these shows are among some of the best tv shows on Netflix, and other shows on my list you’ll have to find elsewhere. To make it easy I included which are TV shows to watch on Netflix. I don’t know about you, but I always like knowing the easy route to my shows!  Ok my gladiators, take a look at the list of the best tv shows like Spartacus. Even better, two of my fav warriors are women kicking major butt! Check it out below!

More About The TV Show Spartacus

Spartacus is a television series that premiered on Starz on January 22, 2010, and ended on April 12, 2013, after three seasons. The series was inspired by the real-life figure of Spartacus, a historical gladiator, who led a major slave uprising from 73 BCE to 71 BCE, against the Roman Republic. The role of Spartacus was played by Andy Whitfield in season 1 and by Liam McIntyre in seasons two and three. Here are some other TV shows like Spartacus.

Game of Thrones is a fantasy drama television series that premiered on HBO on April 17, 2011. The series takes place on the fictional continents of Essos and Westeros and interweaves numerous storylines. It focuses on several noble families during the midst of a civil war, as well as the reclaiming of the throne. Game of Thrones features an all-star cast including Peter Dinklage, Lena Headey, Emilia Clarke, Nikolaj Coster-Waldau, Kit Harrington, Sophie Turner and Maisie Williams. You won’t find Game Of Thrones on Netflix unless you have the DVD by mail plan. Does anyone still have the DVD by mail plan on Netflix?

Rome is a historical drama television series that premiered on HBO on August 28, 2005, and ended on March 25, 2007, after two seasons. The series showcases the lives of the Romans during the last days of the Roman Republic. Rome stars Kevin McKidd, Ray Stevenson, Polly Walker, James Purefoy, Tobias Menzies, Lindsay Duncan and Kerry Condon. Sorry, you won’t find this show among the best shows on Netflix, but I hope one day they add more HBO shows!

Xena: Warrior Princess is a fantasy television series that premiered in syndication on September 4, 1995, and ended on June 18, 2001, after six seasons. The series focuses on Xena, a warrior princess who is determined to redeem herself after a dark past. She teams up with Gabrielle, known as the Battling Bard of Potidaea, to fight against evil Warlords and Gods. Xena: Warrior Princess stars Lucy Lawless and Renee O’Connor. This show is a total guilty pleasure. I’ve heard rumors that there is going to be a reboot. (eek, fangirl squeal!) There was also a spinoff series called Hercules, and the shows often crossed actors and even storylines. This show is on my list for the best shows on Netflix, I put on episodes like I’m watching it on syndication!  Xena and Friends are one of my fav shows to watch over and over!

Vikings is a historical drama television series that premiered on the History Channel on March 3, 2013. The series features the world of the Vikings, as told through Viking Ragnar Lothbrok. Vikings star Travis Fimmel, Katheryn Winnick, Clive Standen and Gustaf Blagden. This show isn’t on Netflix unless you have the DVD plan.

Buffy, the Vampire Slayer, is a fantasy drama that premiered on The WB Network on March 10, 1997, and ended on May 20, 2003, after seven seasons. The series focuses on Buffy Summers, a young girl who slays vampires and demons to fight against evil. Buffy, the Vampire Slayer, stars Sarah Michelle Gellar, Anthony Stewart Head, Alyson Hannigan and Nicholas Brendon. This show is fantastic! If you haven’t watched it, you need to because there is totally an epic underground following for Buffy and the spin-off show Angel. Buffy The Vampire Slayer was also originally a movie, but IMHO the show was much better. This show is another one of the best shows on Netflix to watch. Stream away! 🙂

So lovelies, do you have any other shows you would add to my list of the best tv shows like Spartacus? What tv shows with warriors or gladiators do you like to watch? Tell me in the comments!