In the mood for a good fantasy romance anime?

There are actually quite a few,  and I’m going to share my favorites with you!

I had to do a lot of research into this and watch a lot of anime to pick my top 10. 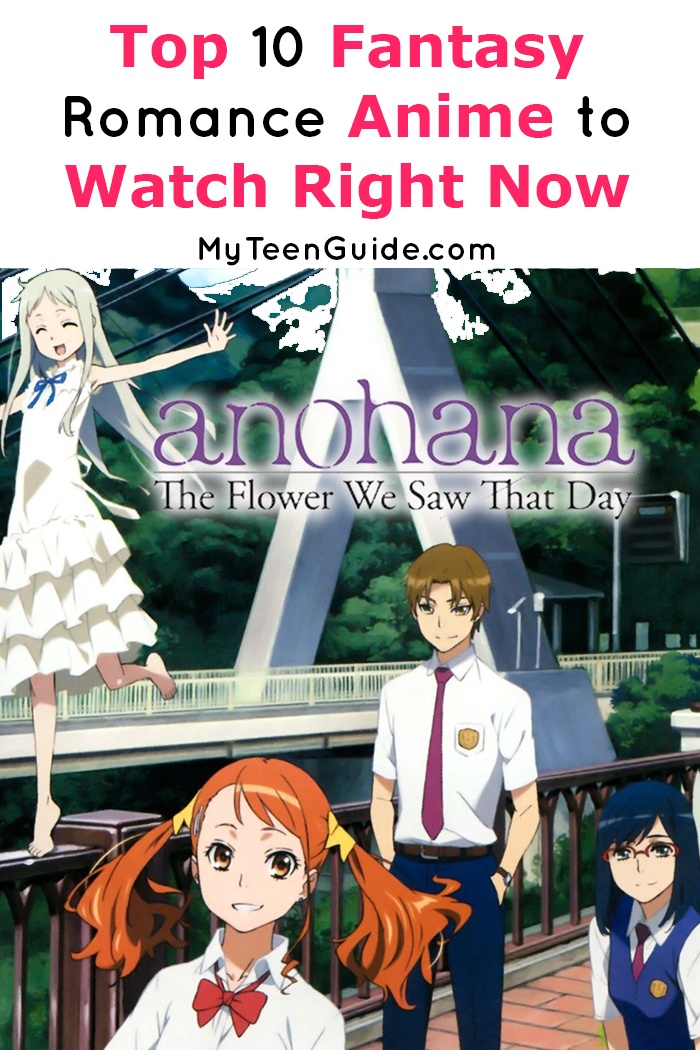 Usually, I ask my son, but he’s more of a supernatural anime fan.

Still, between myself, my son, and my anime-addicted friends, I narrowed down the list to just the top 10.

Check which shows and movies made my fantasy romance anime list!

Related:7 Anime PopSockets You Need to Add to Your Collection Right Now

What is Fantasy Romance Anime

Before we dive into these great fantasy romance anime, let’s clarify a few things first. I think we all have different ideas as to what “fantasy” means.

So, assume that, for the most part, all of these fantasy romance anime shows and movies fall more into the traditional definition, unless I note otherwise. 😀 Sound good? Okay, let’s get started!

I did my best to include mostly “all-age” anime, because as I’m sure you know, some anime can get a bit raunchy, race, and risque! However, it’s not my place to censor your watch list, and I can’t guarantee that every single one doesn’t have scenes that you might not be comfortable with.

Let’s start with a sweet and innocent romance, shall we? Trust me, we’ll get to the really juicy ones in a bit, but I wanted to make sure we started with something everyone can enjoy.

belonged on a fantasy romance anime list, but after a lot of consideration, I decided to include it. While it’s definitely NOT a romance, it does have love stories intertwined with the other stories.

Okay, I’ll be honest, this one is a little weird! Still, it’s a fun fantasy romance anime with strong male lead!

4. The World is Still Beautiful

If you love getting lost in a good fairy tale,  you’ll adore The World is Still Beautiful

. It’s the epitome of the genre, as close to a true fairy tale romance as you can get.

is perfect if you want a sweet fantasy romance anime with a strong female lead.

6. Anohana: The Flower  We Saw That Day

is about fulfilling a friend’s last wish.

anime is another one that isn’t super heavy on the romance, but definitely features both strong male and female leads who do bond on a very deep level.

If you love Beauty and the Beast type stories, The Ancient Magus’ Bride

Katanagatari is a great fantasy romance anime for those seeking a truly epic love story.

The story is about a Shichika, a swordsman who fights without a sword, and Togame, a strategist who is trying to collect 12 legendary swords.

Togame asks Shichika to help her gather the blades, and together they journey across the lands of Edo Japan.

Along the way, they face many obstacles and form a deep bond.

Expect plenty of plot twists, epic love, and even humor. This is truly an anime fantasy romance comedy!

For those who include vampires in their definition of “fantasy,” I made sure to include one for you! Vampire Knight

is also perfect for fans of movies like Twilight.

Since a lot of anime stories cross through many genres, you’ll find both romance and fantasy in many, many different tales. These are my top ten picks, but I’d love to hear yours!

What are some other fantasy romance anime that you love? Share below!