Don’t just stand there, check out our list of 11 powerful shows that will keep you on the edge of your seat!

We’ll also tell you all about The Blacklist cast so you can keep track of who’s who!

Related: 80+ TV Shows Like the One You Just Finished Binging! 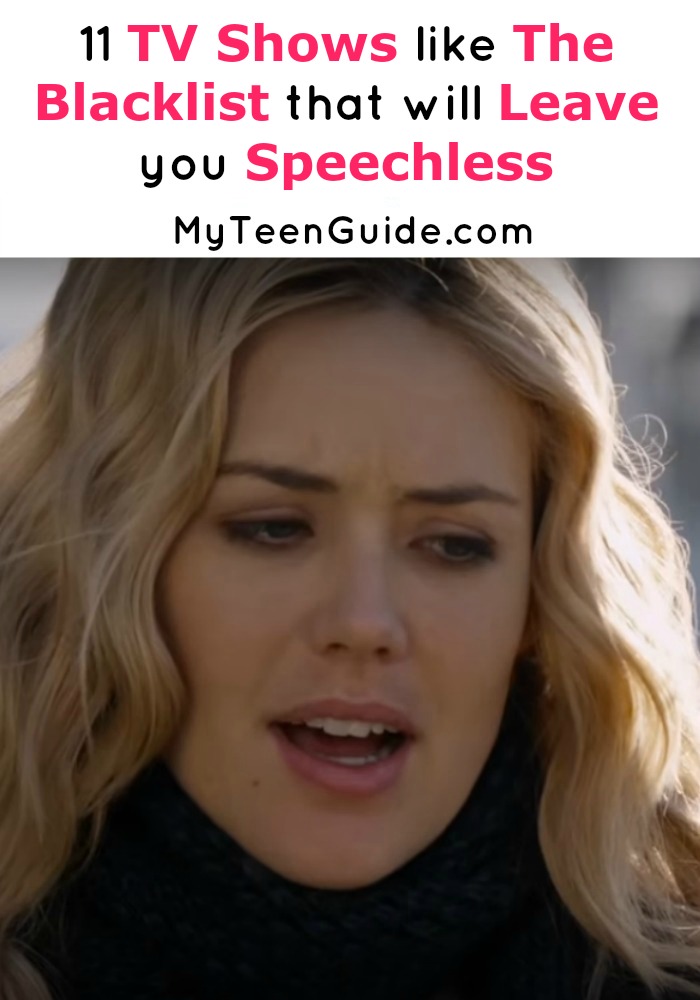 The series focuses on Raymond “Red” Reddington, a former U.S. Naval Intelligence Officer- turned master criminal, who has eluded the FBI for more than 2 decades.

However, he is now ready to turn himself in.

But there’s one catch- well, actually there are two.

He will share his list and help capture some of the world’s most dangerous criminals, in exchange for legal immunity. And he will only work with Elizabeth Keen– a rookie FBI Criminal Profiler.

Each episode of The Blacklist is named after a person or group on Reddington’s list- known as “The Blacklist,” and also the target of that particular episode.

“The Blacklist” features the names of hardened criminals, including hackers, mobsters, spies and politicians, that Reddington has collected for more than 20 years.

These global criminals are not found on the FBI’s list of Most Wanted Fugitives and most aren’t even known to the FBI.

A show is nothing without its cast, and The Blacklist has some stellar actors driving it!

Let’s learn a bit about them!

SPOILER ALERT! If you haven’t finished watching season 5 yet, you may want to skip down to the section on shows like the Blacklist right now.

What was Red about to say?

Liz is ready for whatever comes her way.

Posted by The Blacklist on Thursday, February 22, 2018

Ressler spies with his little eye…

Oh, how the tides turn.

Good things come to those who wait.

Posted by The Blacklist on Friday, September 8, 2017

Posted by The Blacklist on Wednesday, January 11, 2017

Dembe stays by your side in any situation.

11 TV Shows Like The Blacklist That Will Leave You Speechless

The Blacklist is a darn good thriller, and fans of the show have come to us several times looking for more shows like it.

If you like watching this kind of show,  you have several other options to choose from.

Here are more great TV shows like The Blacklist to get you started.

If you like shows that feature espionage in the storyline, State of Affairs is probably right up your TV-watching alley.

Saying there’s a whole lot of intrigue going on in these TV shows like The Blacklist is definitely an understatement!

Expect to spend a lot of time with your jaw dropped!

So what do  you think of these TV shows like The Blacklist?

Which one do you plan on watching first and why?